Emerging from the Rubble 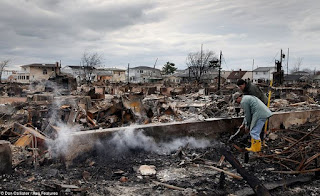 For every creative soul there comes times of discouragement and confusion; perhaps even that horrid question: ‘Should I just give up?’
Well, should I? I’ve been published for twenty years, and enjoyed huge success—relatively speaking—in the Australian Christian market. I couldn’t write fast enough, and the re-prints kept rolling in. I didn’t realise that I was riding a wave, and that somewhere around 2007, the wave began to beach. Things didn’t immediately collapse at that time, but with the introduction of the wonder medium, the eBook, the Australian Christian market began to stutter, then cough, then choke.

Concurrently, with this change, Australian Christian writers began to emerge. Writing groups, like Christian Writers Downunder and Omega Writers, began to form and gain momentum. We had conferences where we could listen to some excellent advice on just about anything writing (including how we should avoid using the word ‘just’). Groups like Wombat Books and Even Before Publishing got legs and started to walk.

But unfortunately, none of us seem to have got to the running pace in the Australian Christian Market.
From my own experience of small independent publishing, I’ve seen the huge support of the Christian Booksellling Association of Australia (CBAA) dwindle by degrees. Part of it has been because of the digital changeover, and some of it (in my case at least) has been because a good part of my audience and support base of twenty years ago were people 60+. Twenty years on, and these people have gone on to the Lord.

So where does that leave me? Where does that leave any of us who have been educating ourselves in the art of writing? Australian Christian writers are more abundant now than when I first started, and the quality of writing is improving all the time. And yet, the better we get, and the more of us there are, the less the opportunities to get that piece of work into the hands of readers.
Sometimes I feel as if the whole thing has collapsed into a heap of rubble, and we are left, picking over the ruins, looking for signs of life.

At a recent conference, I was chatting with a pastor’s wife, and she told me the story of her son. He is a young man who has a music degree, made it to the finals of one of the television singing competitions, had been leading their church music team and is a competent worship leader. He made the choice to go to Nashville in the US to see where else God would take him. This young man and his wife found themselves in a church in Nashville—ironically, it was a church run by a well-known Australian worship leader. This church has exploded, and there are a lot of Australians gathering together there. One morning, the worship leader asked for anyone in the congregation who was a worship leader to stand. No less than fifty people stood up. The young man could see that his chances of becoming a worship leader in this church were not high, and yet he had committed himself to serve in the carpark team.
As I listened to this story I thought, wow! There’s nothing apparent there for him to hope for in terms of his gift, and yet still he chooses to serve.

Then, last week, I caught up with a movie producer friend of mine, and we sat and talked the Australian film industry, which shares many similar frustrations to the Australian Christian book industry. He told me a story from a documentary he saw. The film team were in a Hollywood producer’s office and the camera zoomed in on one corner of the office. Piled up to waist height on both walls in the corner were manuscripts waiting to be reviewed—from the last week! AND apparently these were only the scripts that had a catchy log line and pitch. The rest had been discarded. Wow!

So, in this day and age where everyone can write, and write quickly; anyone can set a manuscript, and put together a cover, and publish online; how does my work or your work find an opportunity to bless others? The competition is ridiculous.

Actually, I don’t have a definitive answer. I’m still troubling through the variables myself. Should I give up?
One thing I do know, if I am picking through the rubble of a collapsed industry, then I must find the survivors, and give them nourishment, however that might be. If I am serving the Lord, and that comes in the guise of cooking a meal for a sick neighbour, or giving courage when I have opportunity to do so, then that is what it is. After all, I do believe the Word of God when it says:

“5 Trust in the Lord with all your heart
and lean not on your own understanding;
6 in all your ways submit to him,
and he will make your paths straight.”
Proverbs 3:5-7New International Version (NIV)

Meredith Resce is author of 17 published titles, including The Heart of Green Valley series, and Mellington Hall.

These thoughts were bought to you by Meredith Resce at 10:08