Your Turn - the unfinished short story 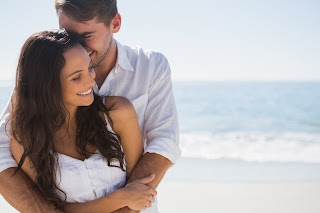 In April 2015, I presented CWD with an opportunity to join in a collaborative writing project. I set the story outline and invited others to write a scene each. I got some excellent responses, but only for a couple of scenes. It was fun, and interesting to see how others interpreted my original ideas. Because the whole story didn’t get written, I thought I’d pitch it again, and hopefully because we are in semi-holiday mode, other writers might like to have a turn.

The rules: 1. Write according to the scene synopsis I have pitched; 2. Write in order; 3. Give your name and city/town to identify your work.

There were a couple of proposed endings which I won’t put up, as I’d like to see how the story unfolds first, before going straight to the end.
For those two contributors, Linsey and Cindy, whose scenes I will include, I have made a few minor edits. If and when the story is finished, I will publish it on my website, and give credit to the contributors. Have fun!!

Main characters – Michele (pronounced Mick-el) named after his Italian great-grandfather, 30 year old farmer who has just taken the reins of the farm as his parents have bought a caravan to take a year travelling around the country. He agrees to take in a house mate to help the local school with a short-term accommodation for one of their temporary teachers.

Charlie – 23 years old, is named after her grandfather. Fresh out of Uni has won a short-term temporary contract at the local primary school for a maternity-leave staffer. Charlie is from the city but has been assured they will find her suitable accommodation.

Scene One – Charlie has left the city at 4am to reach her new school in time for classes, but she has a flat tyre. She Googles ‘How to change a tyre’, but the wheel nuts won’t loosen. Michele comes along, is condescending and she is offended. The tyre is changed. It is raining.

“Oh no, please don’t do this to me.”
This was the perfect time for a few choice four-letter words but Charlie bit her tongue and eased her foot down on the brake. She maneuvered over to the side of the road and flicked on the hazard lights.
The last thing she needed was a flat tyre. How in the heck did one change a flat? She’d never had one before. Trains don’t get flats. Charlie considered calling roadside assistance, but out in the country at 6.30am, was it really worth it? She’d probably be waiting for hours.
Charlie swallowed another mouthful of coffee, instantly regretting it. It was stone cold and foul.
What was so hard about making coffee? Apparently everything, judging by the horrific swill she’d been ingesting since 4am. She should have brought her own thermos.
Wrestling with her bag in the front seat she managed to locate her mobile.
“Yes, reception!” Charlie typed ‘how to change a flat tyre’ into Google search and a YouTube video popped up.
That looked easy enough. Charlie sighed and peered outside. The only light came from her headlights and rain still pelted her car. It was the middle of winter.
“I so don’t want to go out into that.”
But from the video it looked as though changing a tyre was an outside job.
“It’s okay, I can do this. I can do this.” Charlie put her hand on the door handle in what she hoped was a determined way. “I am twenty-three years old, independent, I am a teacher, and I am on my own. I am going to have to do this. And I’m going to have to stop talking to myself.”
Charlie took a deep breath and stepped outside. The rain hit her in the face, stinging her eyes and cheeks. It took a few seconds before it started to trickle down the inside of her jumper. Her coat was in the back. She ran to the back of the car and popped open the boot, this time letting a few expletives escape. It was chock full of her luggage. How could she possibly get to the jack thingy and spare tyre? Did she even have a spare tyre? She was sure Poppa must have kept one—he was very organised. Charlie began tossing her things into the backseat. At least with the hatch up she was shielded from the rain.
Success, a jack thingy and yep, there was a tyre snuggled underneath the mat. She wished she could trade places with it.
“Okay, I’ve come this far. Be brave.” Charlie slammed down the hatch.
She got down on all fours cringing as the mud rushed up to meet her jeans. This was going to be a long, long morning.
After wrestling with the jack forever Charlie stood up, groaning as her knees straightened. She surveyed her work. The back wheel was actually off the ground. The jack had done its job.
She let out a whoop and punched the air. “Yes!”
Now, to get the thing off. She fumbled around in the dark trying to find the first nut and managed to fit the wheel brace around it and pushed down hard. It didn’t budge. She took a deep breath blew on her frozen hands and pressed down as hard as she could. Her hand slipped and she almost landed in the mud.
Who had tightened this thing, Superman? There was no way she was going to get it off. Charlie straightened and screamed in frustration. She’d have to call road-side assist.
“Do you need any help?”
Charlie’s heart slammed into high gear and took off down the highway. What the heck?
“Oh my gosh, don’t do that to people.” She yelled, still staring at her car.
She turned around, hand on her still racing heart and faced the intruder. It belonged to a male rugged up in a Driza-bone and Akubra. Who was this guy, the man from Snowy River? She almost told him it wasn’t the nineteenth century. But then noticed the soaking rain was running right off him. So, maybe the jackaroo get-up was justified.
“I’m sorry, I didn’t mean to scare you.” He had to yell to be heard over the engines and rain. He gestured to his ute which was parked behind her hatchback, it’s headlights spotlighting her car. How had she not noticed him drive up?
“Looks like you could use someone who knows what they’re doing?”
Charlie took a step back. She wasn’t some damsel in distress here. She’d just jacked up her car in the pouring rain, for crying out loud.
“I’m sure I can figure something out,” she said, the words jumping out harsh, but then she’d meant them to be. She unconsciously wrapped her arms around herself to try and preserve some warmth.
“I’m sure you could.” The guy replied and then raised his eyebrows as she forced her hands back to her sides.
Charlie groaned inwardly. This guy was going to make her beg for his help. If it had been any other situation, she’d have told him to get lost. But she needed him if only to get out of this weather before she began to go into hypothermic shock.
“I would really appreciate your help,” she forced herself to say between gritted teeth—gritted to stop them from chattering more than anything else.
“That a girl.”
She forced herself to ignore his condescension, though she would liked to have decked him.
‘Jim Craig’ took the wheel brace in both hands and then pulled up.

Scene two – Charlie reads instructions to Michelle’s house. When a man opens the door – the man she has already met on the road, she asks after Michelle, and he is annoyed, as he is Michele. She’s expecting a woman, he is expecting a man. Charlie says she doesn’t feel comfortable moving in with a man. He says ‘suit yourself’.

Scene Three
Charlie finds her way to the town and the primary school. She is met by the principal who gives her the details of her job, and then tells her to take the rest of the day to organise alternative accommodation, get dry and sorted. Charlie goes to the local pub. It is run down, poorly run, and the owner is a bit sleezy – as are some of the patrons. Charlie gets a key to a very run down room. She goes to have a counter meal and gets propositioned. She stands her ground, but not very convincingly. Michele has come to the pub to see how things turn out. He plays the hero and fends off the unwanted attention. Charlie is annoyed with him, as she says she can look after herself. She decides she would prefer to trust Michele than the men in the pub.

Scene four – Charlie’s second day at school. The classroom is a little chaotic.  A ten year old informs her she is Michele’s cousin, and tells Charlie all about what her mother thinks about Michele and his impossible love life.

Scene five – Charlie discovers she and Michele have something in common: they both love footy (AFL). She agrees to go watch him play on Saturday. She sits in his car, pulled up around the outside of the oval. It’s all good until he takes a hit in the head and is carted off the ground on a stretcher. She waits until his mates come to get his car. When they see her, they suggest she could take him to the hospital in the next town. She has the car and the keys, and they basically leave her with it.

Scene six – The doctor says Michele can’t drive, and someone should keep an eye on him for his concussion. Everybody makes assumptions. She sits up with him for the whole night.

Scene seven – They have something else in common: they both go to church on Sunday. Charlie drives. More raised eyebrows and assumptions

Scene eight – Michele’s young cousin if full of gossip and what her mother thinks of the situation. Charlie sets her straight, and determines to set the record straight with Michele’s aunt.

Scene nine – The six weeks are up, and Charlie has packed ready to go. She has a little farewell party with the kids at school. Michele’s cousin tells her that Michele doesn’t want her to go. He’s never said anything to her, so she is a bit confused by this.

Scene ten – writers, choose your own ending. Let’s see what you come up with.

Have fun with this, and don't forget to check to see how the story is developing in the comments.

Meredith Resce has published 17 titles - her most recent 'Echoes in the Valley' is now available as e-Book and paperback internationally.

These thoughts were bought to you by Meredith Resce at 03:00