Unbind him! And let him go!

We all know the story.

Lazarus falls ill in Bethany, the hilltop village a couple of kilometres north east of Jerusalem. Someone is urgently despatched to tell Jesus, who is taking a quiet break on the far side of the Jordan.

And Jesus, to everyone’s astonishment and dismay, does nothing for days.

Finally, he leaves the place where he has been preparing for his approaching suffering and death, and heads back to Judea, disciples in tow. 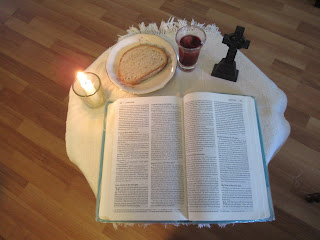 As they trudge up the hill towards the village of little whitewashed houses, they are spotted. Someone runs to tell Martha, one of the bereaved sisters.

Out she comes, in a whirlwind of emotions, not knowing – as we wouldn’t – what to say to Jesus. So she blurts out, ‘Lord! if you had been here, my brother would not have died!’

‘I am the resurrection and the life,’ Jesus tells Martha.

And Martha, even in the depths of her grief, affirms, ‘I believe that you are the Messiah, the Son of God, who was to come into the world.’

So she goes back to the house, and tells Mary that Jesus is here and asking for her.

Mary leaps up, and followed by the mourners sitting with her, hurries to meet Jesus.

And falls, weeping, at his feet.

‘Lord! if you had been here, my brother would not have died!’

The mourners, from the village and from nearby Jerusalem, are all weeping as well, and Jesus’ own grief is obvious to everyone.

‘Where have you laid him?’ he asks, through his tears.

So the crowd heads off to the tomb, those trailing behind whispering and muttering.

Through the village they go, past the drying clothes, and scratching chickens, the goats in the pen and donkeys tied in doorways. Past the solemn little children too young to understand, and the toothless elders sitting in the winter sunshine.

Over to the hillside where the tombs of village families have been for generations, each sealed by a heavy stone.

‘Take away the stone,’ he says.

Martha, who had earlier given voice to a last shred of hope, seems to have lost even that.

‘By now there will be a bad odour. He’s been there four days!’

‘Did I not tell you that if you believe, you will see the glory of God?’

So the villagers roll away the stone, and the cave holding the dead man gapes open.

Jesus prays out loud to the Father, then he shouts, ‘Lazarus! Come out!’

And out came the dead man, says John, hands and feet and face wrapped up like a mummy.

Now follows the line that grabbed me when this story was read in church recently.

But are there things that still bind me, even though I am raised to life? Tangle me up in my walk with God?

Hinder me from writing what and how Christ calls me to write?

Imagine Lazarus trying to walk or run entangled in those grave clothes!

No, ‘unbind him and let him/her go’, says Jesus.

It is for freedom that Christ has set us free,’ (Galatians 5.1) Let us write in the freedom Christ has given to us, write to please him, throwing off whatever hinders us. 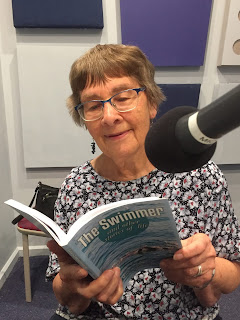 Julia Archer writes short fiction, mostly for Young Adult and Middle Grade readers. Her writing is influenced by almost twenty years lived in Asia, mostly in cultures not so different from that of the Bible. She now lives in Adelaide.