One of the delights spread abroad by the Lord in recent times has been the proliferation of church services now livestreamed, many of them made available for later viewing. It’s possible to binge watch church in your lounge room 24/7. I’ve been incredibly blessed while partaking of this abundant feast.

I wonder if the streamers realise how many people they’re blessing. Last Sunday, I shared communion with a worldwide fellowship of believers. As I broke my piece of communion ‘bread’ (a gluten free seeds and grains cracker), the Holy Spirit whispered,

“Cast your bread upon the waters and after many days it will return to you.”

I jotted the words down so I could consider them later. What did I think of? This: 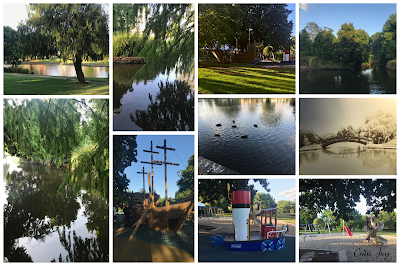 Our family’s favourite picnic spot when our children were young—the duck pond at Lake Annand Park, Toowoomba. It’s changed a bit since those days—the old bridge has been replaced, the lake and islands have been upgraded to incorporate flood mitigation aspects, and the playground is now a modernised safe environment for children.

Last year, before our eldest son and his family cast their hopes (and themselves) abroad to live overseas in obedience to God’s leading, our whole clan gathered for a barbecue at the duck pond. As my beloved and I watched our grandchildren at play, (and feeding a new generation of ducks), we revelled in the blessed return on the efforts and energy we expended raising our children.

In essence, The Preacher’s words recorded in Ecclesiastes 11:1 reflect the words I jotted down, though translations differ as this Biblehub search reveals. The myriad renderings include:

CEV: Be generous, and someday you will be rewarded.

AMP: Cast your bread on the surface of the waters, [be diligently active, make thoughtful decisions], for you will find it after many days.

ISV: Spread your bread on the water—after a while you will find it.

NIV: Ship your grain across the sea; after many days you may receive a return.

NLT: Send your grain across the seas, and in time, profits will flow back to you.

GNT: Invest your money in foreign trade, and one of these days you will make a profit.

A little research into the cultural understanding of King Solomon’s day reveals three main ideas, interpretations, and principles drive these variations. Each holds wisdom and encouragement for believers and writers. They work together to remind us not to be discouraged or give up when we don’t see an immediate or obvious return for all our efforts.

Giving generously of our time, energy, enthusiasm, directed endeavours, capital, wisdom, knowledge, and experience with due diligence and without expectation of return opens a channel of blessing that often surprises and delights us in due season.

Back in December 2020, my sisters and I received a request from the church my family attended when I was a toddler. They were seeking photos for inclusion in a book and history display for their centenary celebrations in June 2021. While my eldest sister has excellent memories of people and places from that time, as the youngest sibling, I’m keeper of the extensive collection of photos and slides taken by my father who was a keen photographer.

Though it was a joy to honour our father through this legacy, and to honour the faithful ongoing ministry of that church, searching, scanning, mending and transforming relevant images into suitable quality for print, exchanging dozens of emails with my sister who lives in another state, and writing and collating information and memories took hundreds of hours. At the time, we had no idea which, if any, of the images would be used, nor whether either of us would be able to attend the celebrations. 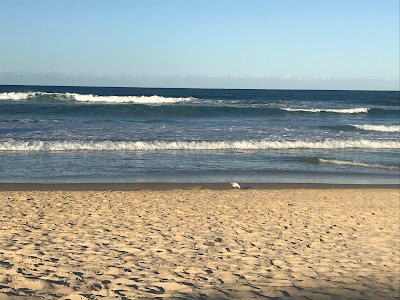 My sister and I and several other family members were able to attend whilst enjoying a lovely couple of days at the beach together. Several of the images and memories we provided were included in the book. ALL of the images, memories, and testimonies of God’s goodness we provided were utilised in the history display which remains open to the public for a month.

My sister met folk who, like me, had attended the Sunday School class she’d taught over half a century ago—once children perpetually captured in a photo she’d taken with a box brownie camera—now adults who love and serve the Lord with all their hearts. Seed she had cast upon the waters as a teenager had fed children hungry for the love of God and resulted in a bountiful harvest.

For me, perhaps the defining moment attesting to this principle from Ecclesiastes 11:1 came when the lady who had first suggested they create a book said to me, ‘When your photos and stories started to roll in, the whole team got excited, believing we could do this.’

Not only is there a blessing which returns to those who cast their bread, or seed, or efforts, or words upon the waters of God-given opportunity, there’s a flow-on of blessing to a potential ocean of others.

Back in Solomon’s time, if farmers could not sell all their produce locally, they would send it overseas on consignment. The wisest would divide their grain (produce) between ships, sending it to many distant ports in the hope that some, if not all, would be purchased, providing a return. This focus explains why some translations use the words ‘ship’, ‘send’, ‘invest’, and ‘spread’. 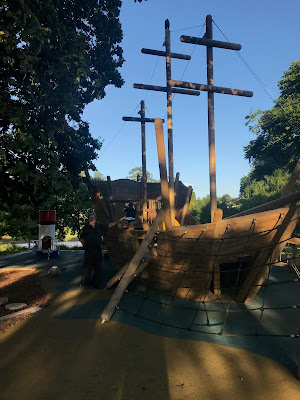 Words can travel across oceans. Borders might be closed to bodies, but not to words.

As much as we writers may baulk at the thought, this interpretation supports and confirms the wisdom of diversifying our marketing endeavours. It also encourages thoughtful planning, diligence, optimism, patience, and trust when waiting for sales and results.

This interpretation derives from the agricultural practice of sowing seed during times of flood; the seed cast upon the water settles to the soil below. When the waters recede, it sprouts in the flood-enriched soil which has been replenished with nutrients. The idea is especially reflected in the words ‘cast’ and ‘spread’.

Coconut seeds cast upon the ocean can float a long way before they reach the shore and take root. Even seed dropped or dispersed by the wind during times of drought sprouts into life after flood waters pass over.

Hmm … a writer’s efforts are often spread thin when the idiom, “It never rains but it pours” reflects real life. I’m challenged by this thought even as I write it, given the number of times I’ve pressed pause on my writing/publishing activities till after the ‘flood’ subsides. Or been frustrated by a drought of inspiration and enthusiasm. What about you?

There is another aspect to seed that sprouts after it’s been immersed in water; just as baptism symbolises death and resurrection, it is when we surrender all, cast our bread, our seed, our hopes, ourselves upon the waters of God’s grace and mercy, that his eternal promises and resurrection life return to us, and us to him.

And remember, the one who inspired The Preacher to pen Ecclesiastes 11:1 also inspired the Apostle Peter to write, “Cast all your cares upon Him for He cares for you” (1 Peter 5:7).

How or where has God challenged you to cast your bread? Have you experienced an unexpected return on investment or activity that exemplifies the truths in Ecclesiastes 11:1? I’d love to hear about it. Mazzy Adams is a published author of poetry, fiction, and creative non-fiction. She has a passion for words, pictures, and the positive potential in people.

These thoughts were bought to you by Mazzy Adams at 02:18