What’s in a Theme? 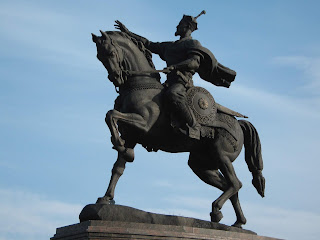 What life theme might drive a hero – real or fictional?

‘For to me, to live is Christ and to die is gain,’ wrote the imprisoned apostle Paul to his friends far away in the Greek city of Philippi.
As a theme for a life, it’s hard to beat.
Fiction writer and teacher James Scott Bell may not share Paul’s theology, but he is just as passionate that life-or-death stakes must drive your fictional hero.
‘The stakes have to be death – physical, professional or psychological’, he writes at the outset of His lively and instructive book Conflict and Suspense. A successful novel, according to Bell, is ‘the emotionally satisfying account of how the Lead Character deals with imminent death; the character must realise, with full force, before the midpoint, what the stakes are & spend the rest of the novel in a full throttle attempt to avoid death’.
J S doesn’t mess about, does he?
Of course, there’s a lot more advice in Conflict and Suspense than that. But right there on page two of the first chapter, Bell more or less states his thesis, and the rest of the book either proves it, or doesn’t. Read it and decide for yourself.
It is at the least highly entertaining and packed with illustration.
My current story certainly improved with edits inspired by careful reading of the whole book.
But his take on theme and conflict proved to be the most helpful to me. Set your theme early, he said, and make the lead character’s conflict inherent in it.
Hmm.
So I thought for a few days, and came up with a working theme.
‘Battle to win respect and take your place in your community v quit and remain an outsider.’
Surely this is the theme of countless stories since the dawn of time, but it also grew out of the story I’d written so far. I didn’t impose it.
However, once I had the theme, I read my work with different eyes, asking different questions. Does this scene power the theme forward? Can I rewrite that subplot as a variation on the theme? Does this page have conflict-in-dialogue that expands the theme?
Never mind does it show Our Hero in a ‘full throttle attempt to avoid death’. 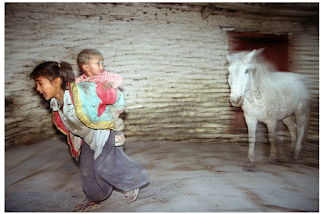 “Nepal girl runs away of wild horse” ID 8319007 © Koscusko | Dreamstime.com
This is not to suffocate the story in a straitjacket, but to give it coherence and a constant drive forward to a satisfying conclusion.
I am still working out the implications of having a clear theme for my story, but I also wondered, does it apply in real life?
The apostle Paul had a life theme. In fact, he writes a few variations on the one quoted at the top of this post.
But he is not the only biblical character to have one – stated or implied.
Often displayed in Christian homes is the punchline of Joshua’s farewell address to the Israelites, summing up his long and adventurous life; ‘As for me and my household, we will serve the Lord.’
Ruth’s theme burst from her lips in a scene of high emotion. To her mother-in-law Naomi the young Moabite woman vowed, ‘Your people will be my people and your God my God. Where you die I will die, and there I will be buried.’ That theme governed the rest of her lovely and gracious life.
Job, we are told, made his life choice – his theme – to be “blameless and upright; he feared God and shunned evil.”
The Letter to the Hebrews, in its great eleventh chapter on faith, gives us a wonderful list of life themes of the ancient Hebrew heroes.
‘By faith Noah, when warned about things not yet seen, in holy fear built an ark to save his family.’
‘By faith Abraham, when called to go to a place he would later receive as his inheritance, obeyed and went, even though he did not know where he was going.’
Moses ‘chose to be mistreated along with the people of God rather than to enjoy the fleeting pleasures of sin.’                 (All quotations from NIV translation of The Bible.)
The apostle Peter said to Jesus, “We have left all we had to follow you!”
And quoting a hymn of the early church in his letter to the Philippians, Paul describes the theme of Jesus’ life, as best a human being can describe it.
So, in each work of fiction we create, in our devotional pieces, our memoirs, poems and other writing, what theme are we building with our words?
What theme might describe our lives as servants of Christ?
Though chained in a prison cell Paul wrote, “I press on towards the goal to win the prize for which God has called me heavenward in Christ Jesus.”
“Full throttle”, as J S Bell would say. 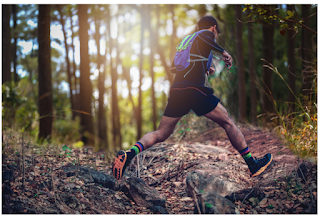 These thoughts were bought to you by Julia Archer at 07:00