I’m English/Australian and I’m old. I am also a leading authority on three areas of Christian research: 1/ William and Catherine Booth and the early Salvation Army; 2/ changes in evangelistic methods over the last 180 years; 3/ the origins of the ideas presented in the Left Behind books.

I write Christian non-fiction, primarily in the areas of church history, biography and theology. Some of my books are academic, which are a bit heavy, but still readable, while others are written in what I call “a dramatic” or popular style. In that latter style, the characters and incidents are meant to jump off the page and hit the reader in the eye, as in the best fiction. I have written biographies of William Booth (Salvation Army) and Edward Irving (look him up) in the heavier, longer style. Even those books still have their fair share of drama. My “dramatic” biographies are about William Booth (again), Moody and Sankey (American evangelists), C.T. Studd (founder of WEC International), John Wesley (founder of Methodism), Charles Spurgeon (great Baptist preacher) and Hudson Taylor (founder of CIM/OMF). 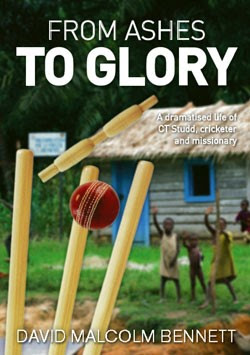 I wrote “The Altar Call: Its Origins and Present Usage” (my M.Th dissertation, awarded with merit – now published by the University Press of America) because I believe that there is something seriously wrong with modern evangelistic method and I wanted to see how and why most evangelists do what they do. See https://sinnersprayerbook.com

I wrote my “The Origins of Left Behind Eschatology” (my PhD dissertation – now published by Xulon Press) because I thought Left Behind ideas were a misunderstanding of Scripture and I wanted to see how they emerged. See https://originsofleftbehind.wordpress.com

My book on the altar call has probably been my most quoted book. It has been quoted or referred to in at least 23 other books and dissertations, plus journal articles and websites. My smaller book on William Booth has inspired a radio drama in Canada and a documentary here in Australia. There has also been talk about making a film of a major incident in my Booth books, and one group was intending to use my Hudson Taylor book for a film about Taylor, but I understand this has now been changed to a documentary. It will be nice if those two things happen, but I am not losing any sleep over them.

Altogether my books have sold over 60,000 copies. My bestsellers are “William Booth and His Salvation Army” (including its two earlier editions) and “Moody and Sankey: Evangelists.”

Research is the first key issue. Whatever style I am writing in, I like to carry out some initial research on the topic, and I am a good researcher. Mark Noll, a leading church historian, called my altar call dissertation “Good writing based on very good research”. Once the initial research is done, I research and write each section, usually in the order they will appear in the book, though sometimes I jump ahead if, for example, some information is not immediately available. I always try to bear in mind that books are written to be read, so I am aware that whatever I write should be interesting, even exciting, to read, and I like to think that I achieve that.

In my more controversial books (the altar call and Left Behind books) I am aware that others disagree, often strongly, with my views. Therefore, I must have strong, well-researched arguments for my case, otherwise I am spitting in the wind. I also firmly believe that I must treat those who disagree with me with respect. 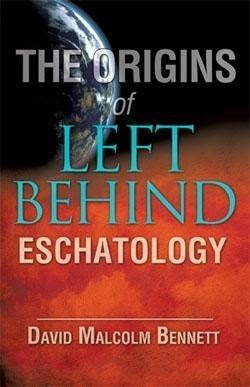 “Eats, Shoots and Leaves” by Lynne Truss. While this book is primarily about punctuation, it must be stressed that punctuation matters. Incorrect punctuation can cause the reader to misunderstand you. It can even can cause a serious moment in your book to be the cause of much laughter. And none of us want that. Lynne Truss also writes with lively humour.

My daughter, Lynne Stringer, is also a writer. She writes mainly science fiction. Are you telling me that you have not yet read her Verindon series?  Buy them and read them. Those who have done so have been well pleased with them.

I am not writing a book at present. I am transcribing and editing the letters that Catherine Booth (of The Salvation Army) wrote to her parents. They have been sitting around for 150 years and I thought it was time someone did them, so I’m the “Joey Muggins”. This task, however, is fraught with difficulties. One problem is she used erratic and confusing punctuation. She was highly intelligent and a brilliant arguer, but only had two years formal education. In her writing, full stops are rare, and she could write a four or six-page letter in one paragraph and even sometimes in one sentence. These letters take a lot of sorting out in that and other ways, but I love doing it. 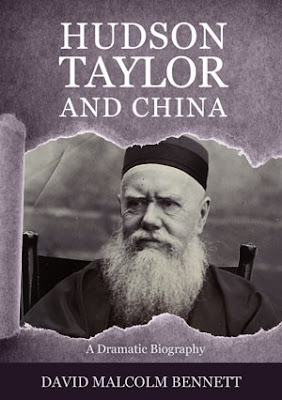 I have been a Christian for 57 years (I had to stop and think then to work it out), and my faith is behind and within all my books. I studied at the Bible College of Queensland in 1988-90. I had already begun my writing career, with one book published and another on its way, but I when I left college I had to decide what specific direction my writing should take. Should I write Christian books for non-Christians, evangelistic books I suppose, or Christian books mainly for Christians? By then it was apparent that I was a teacher not an evangelist, so I decided to write primarily for Christians. However, some of my “dramatic” books (see above) have been read by non-Christians and I inserted the gospel message in those books with that hope in mind. 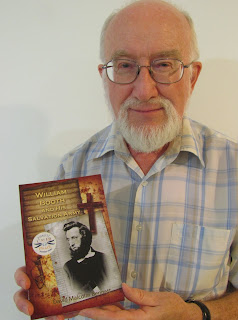 David Malcolm Bennett is an evangelical church historian, who has the gift of doing thorough and painstaking research and presenting the results in a readable form. He was born into a Methodist family in England during WWII, failed at school and drifted into the book trade. His first job was working on a W.H. Smith bookstall on, believe it or not, platform 10 of London’s King’s Cross railway station. (And he can tell you that J.K. Rowling got the layout of the station’s platforms wrong.)

He then went to work for the Epworth Press (the Methodist Publishing House) in London where he met a dark-haired Australian, named Claire Wilkie, who was to become his wife. In 1973, he Claire and their two children migrated to Australia. Or as some would have it: London to Brisbane, or even Lord’s to the Gabba. He worked for QBD for 12 years and in the Bible Society Bookshop for a similar period. In between he spent three years at the Bible College of Queensland and gained a B.Th degree. Further studies earned him a M.Th (with merit) and a PhD.

David has written about 20 books (he can’t be bothered to count). He is now retired and facing his last chapter. But old writers never die, they only run out of ink. Or should that be toner?