There was one vaudeville act that always fascinated me.  It wasn’t the clowns, the guy juggling the swords or the lion tamer who managed to stick his head somewhere near his pet.

The act that always fascinated me was the plate spinner. 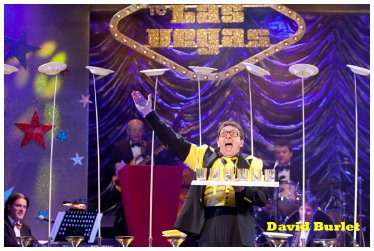 This was the guy who kept thirteen plates spinning on the end of thirteen poles … and none of them fell. He ran back-and-forth from pole to pole, giving the plate the slightest wobble, steadying it and giving it enough momentum to keep spinning.

You know, that vaudeville act is so much like writing.

If you’re a writer, you will more than likely identify with the plate spinner – keeping everything moving and not wanting to (or feeling like you can’t) let any of them fall. If any of them develop speed wobbles, we drop everything and head over to it to give it a bit more of a push, all the while hoping the other plates have enough momentum to keep going.

I was looking at my project list for my writing and all I saw was thirteen plates on the end of slowly speed-reducing poles:
But the main skill I have to keep up is the ability to keep everything moving. Maybe this is one this you face as a writer yourself – the constant movement, the constant checking and the feeling like momentum needs to be propelling you forward.

But the one big lesson for writers actually came from a plate spinner I once saw. One of his plates dropped.  The audience gasped and sighed in collective sympathy as they saw a failed act.

I looked at those remaining twelve poles and saw a guy who had managed to keep twelve plates going at once.  That was amazing.

And it’s a lesson I continually remind myself when I comes to keeping my own writing plates spinning.

These thoughts were bought to you by David Rawlings at 05:00