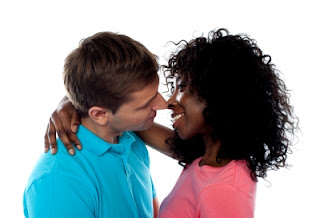 Ahem. Well, this is awkward. My past blog posts have tended to write themselves; an idea presents itself and takes me over for a week or two until the piece is written to my satisfaction. This time it’s different. The idea has presented itself, certainly, but as I sit here with only two days left before I’m due to post, I’m still skirting around the subject, procrastinating about where to start, let alone how to finish.

I keep telling myself that almost any other ‘suitable’ topic would do nicely and I really should stop trying to wrestle with the angels on this one. Yet, the question of whether or not erotica has a place in Christian fiction simply won’t let me go. I know there are Christians who include sex in their stories. I believe they’d defend their positions admirably and I hope to engage some healthy debate on this delicate yet important subject.

My personal view is that pornography is not only able to be viewed on a screen and in glossy magazines that contain more photographs than words, but can also be partaken of via the written word. To me, there is little difference between an image viewed with our physical eyes and an image created within our mind’s inner eye. In a spiritual sense, I would argue, they are one and the same. If that image is not of one’s spouse, we’re walking on some pretty shaky ground according to scripture. In the words of fellow Christian blogger, Sheila Wray Gregoire:
‘When we read, we take part in creating the story because we have to participate in picturing it and putting images to the words. Thus, we become really emotionally engaged in a book, often more than we would in a movie.’ (To love, honour and vacuum)
And according to Jesus himself, ‘You have heard that it was said, ‘You shall not commit adultery.’ But I tell you that anyone who looks at a woman lustfully has already committed adultery with her in his heart.’  Matthew 5:27-28

God’s word makes it very clear that sex is a sacred gift to be enjoyed within the bounds of marriage. As writers, we need to look within ourselves and ask some revealing questions. If we were to write a sex scene, is it our own spouse we are imagining as we write? Is it a scene from our own experience within that marriage? If we can answer an unequivocal yes to this self-enquiry then we may be tempted to argue that we’re not actually overstepping God’s boundaries. However, as a writer I can vouch for the fact that when we’re writing about our characters, we’re thinking about those characters, not about ourselves. Hmmm. It can probably safely be said then, that few writers could answer my first question with an honest yes.

Scripturally, I believe, there is no doubt. Jesus said to his disciples, "It is inevitable that stumbling blocks come, but woe to him through whom they come! "It would be better for him if a millstone were hung around his neck and he were thrown into the sea, than that he would cause one of these little ones to stumble.’ Mark 9:42

To me, that’s the end of the story. No more questions need to be asked. We can portray love and passion with our literary skill ... and yet leave it at the bedroom door. But that’s just me.
Are you prepared to be a stumbling block? I welcome all questions and comments. 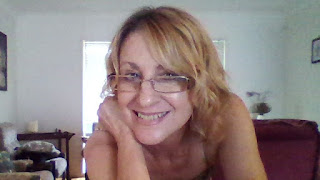 (A mother and grandmother. A lover of, and believer in, Jesus Christ. A writer. An advocate for the disadvantaged. A campaigner for equality in all its forms. A pusher of boundaries while respecting the same.)

These thoughts were bought to you by Miss Min at 20:43