Are you looking to meet with a small group of Christian writers? 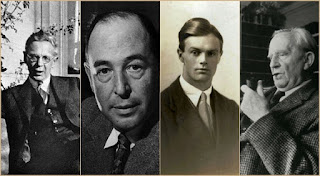 Omega Writers has recently seen a burst of wonderful people volunteering to lead small groups. Here is a list of groups now on offer, including groups affiliated with Omega Writers, and the people leading them:

Look on the Omega Writers website for event or contact details, or to stay up to date with the latest developments.

Omega Writers exists to educate, support and inspire Australasian Christian writers towards excellence. We want to work with existing groups so if you know of any that have a compatible mission and would like to be listed, drop me a line. I’d also love to hear from anyone who would like to help lead a group for their genre or location, either in the comments below or via email.

Simon Kennedy is the current president of Omega Writers. He has won national awards for poetry and short story, is developing a TV series with production company Matchbox Pictures, and has a first-look option with Wickham Park Productions on a feature film screenplay. His YouTube channel, Songs with Simon, was recently signed with Broadband TV, and has had over 2 million hits in the past month alone.

These thoughts were bought to you by Simon Kennedy at 04:00