I was enjoying a program called Bargain Hunt the other day. Contestants purchase antique and/or collectable items at one location then sell them at auction hoping to make a profit. One of the objects was an autograph book from the 1930’s which had a series of sketches and illustrations spread across its pages. It was both personal and share-worthy. I confess, I felt a tinge of jealousy – the most advanced drawing in my autograph books was a heart, drawn over a folded corner, with the instruction, ‘Do Not Lift’. When you lifted the corner, (as of course you were meant to do) the heart split in two as the words, ‘Now youf broken my heart’ appeared. Spelling was not the author’s strong point. Then again, he was only seven years old at the time. And yes, with or without his signature, I still remember his name. 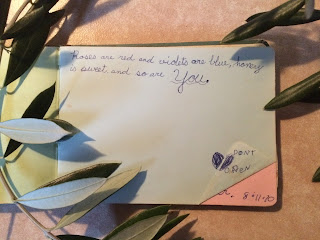 It is a long time since I have seen autograph books for sale. They are not so fashionable these days. As a child, I received three of them, from three different people, for the same birthday. Must have been a sale! I decided to invite everyone – family members, friends, even friends of friends – to write in the blue one. I made the brown one more exclusive, inviting contributions only from those people who were very special to me, mostly members of my family. I put the pink one away to use later.

The thing is, an autograph book is meant to have things written in it, so I wasted no time ensuring that happened. In two of them at least. Because of that, I have some wonderful gems of encouragement and inspiration and a whole lot of silly ditties that still make me smile – like this one: 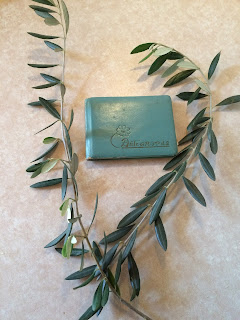 The pages in that book are well-worn and falling out. The one I put away for later? It’s still pristine. And mostly empty.

What’s the takeaway from this?  In the blue and brown books, I have good writing and bad. I also have a whole lot of wonderful memories. Some of those words are the only link I have now to childhood friends. The pink autograph book that I put away for later? It reminds me that, when it comes to writing, good intentions that are not acted upon create a whole lot of blank pages.

So we write. We write good stuff. We write important stuff. We write silly stuff. We even write stuff that seems pointless until, when we least expect it, the words remind us of something worthwhile from a moment in time that cannot be retrieved… oh but wait, yes it can, because you wrote it down! A lifetime later that moment is with you to relive and enjoy.

My dad wrote this in my autograph book: ‘As you travel through life, try to make the things that could be, the things that are, lest at the end of your life you look back with regret and see only what might have been.’

So I encourage you to write. Good stuff. Important stuff. Silly stuff. Stuff for others to read. Hey – this is a blog for writers. I’m supposed to do that! But not as a harsh taskmaster. I encourage you to write because you love it. Write because it’s fun. Write because it fulfills you. Write because one day, someone might read what you wrote and discover a wonderful gem of encouragement or inspiration. Or perhaps they’ll burst out laughing at something silly and their day will be less tedious or trying. Or maybe they’ll say, ‘Well if she can do it, so can I,’ and something positive is perpetuated. Give your ‘might have beens’ a chance to germinate.  Haul out those blank pages… and just write. 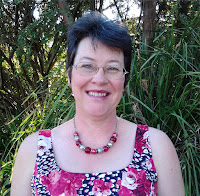 Catherine Sercombe is a wife, mother, grandmother, creative writing graduate and published author from Queensland, Australia. She also manages an education business where she tutors and encourages students of all ages to meet their academic goals.

These thoughts were bought to you by Cathie Sercombe at 00:30