There is a Bible verse that has been appearing in my Facebook newsfeed quite a bit lately:

"I can do all things through Christ who strengthens me." Philippians 4:13

There are also dozens of quotes about being a 'Supermum' and 'having it all'. 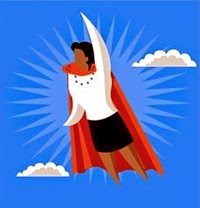 Many of the people who talk about the above verse say that as long as our faith is strong enough we can do anything and everything... many have different points as well, but the general feeling that comes across is that we can do EVERYTHING.

Doing it all is a pretty hard thing to live up to.

In September last year, my then nine year old came down with glandular fever. He was very, very sick for a week and didn't bounce back the way the doctors assured us he would, and he is still struggling. The result of this was that many of the balls I was juggling were dropped.

I had to take an extended break from work, writing was pushed aside, I stopped contributing to this blog, and a number of other things had to take second, third or even last place to the priority of looking after a very sick nine year old.

The other lesson I've learned is to trust in Christ and lean on his strength. This is a lesson I keep on learning.

To me, the verse above isn't about doing everything or having it all, it's more about relying on the strength of Christ to do the things that need to be done.

There are other lessons I've learned during this time too, but these are two of the big ones.

Melissa Gijsbers lives in Melbourne and writes in between working as a bookkeeper and being the mother of two active boys. In August 2013, she had 3 fractured fairy tales published in Teapot Tales: a unique collection of fairy tales. She has also had Christmas stories published in Jingle Bells: Tales of Holiday Spirit from Around the World, and Tales by the Tree: An anthology of Christmas Flash Fiction. Follow her writing journey at www.melissawrites.com.au

These thoughts were bought to you by Melissa Gijsbers at 00:30