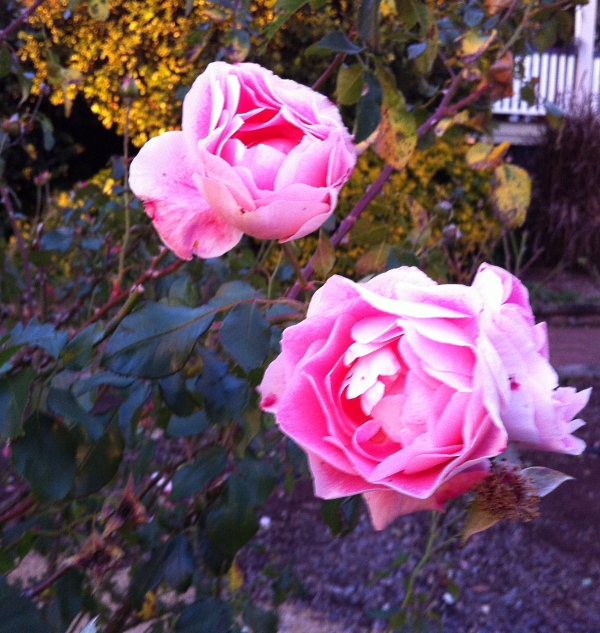 Though it’s many decades ago, I still remember my Grade 6 & 7 teacher, Mr Steubins. He was an English man in the heart of Africa teaching Zambian nationals and a few white expatriate kids the three R’s and the glories of England and Englishmen in Africa. Despite this Eurocentric outlook, he inspired in me a lasting love for history, a love for English language and introduced me to the musical wonders of Gilbert and Sullivan. Most of all he always had time for a chat at the end of the school day. He also taught me the power of words to hurt and heal, though perhaps inadvertently. I recall the day I sat up straight in my chair, chest swelled with pride, while he read out and then extolled the beauty of a descriptive sentence I had written. Several weeks later, I wanted to sink through the floor, when he ridiculed (without naming me, the hapless author) the rather laboriously polite and tentative letter I had written as part of a class exercise. Looking back, I can see that both evaluations were fair though one I received gladly with both hands, while the other I took like poison.

Growing up I hated even the hint of criticism. It made me crumple and spiral inwards in shame, guilt and protective anger. I still don’t like it very much – especially when it comes from those closest to me or it seems unjustified or it is perhaps too close to a tender point. Criticise me too much and I clam up, withdraw, run away or - just maybe - fight back with a latent Irish temper. We all deal with criticism differently. For me it has always seemed like a scorching fire that withers and burns me away into vapour.

One day, some six or so years later (now back in Australia), I read a small book that opened up a new world of thought for me. Criticism, it said, can be your friend. Later Dr John Savage of LEAD ministries said much the same, “Let your critic be your coach.”  Now, as a writer, I can really appreciate the wisdom of those words. Yes, I learn and improve by practice, by reading the greats and by reading books or articles on the craft and art of writing. And when others wax lyrical over my works (as has happened from time to time), I am uplifted and encouraged. Yet, it has often been the honest and sometimes brutal search light of criticism that has forced me to take important new steps. As a writer, I need to know what I do well and what needs to improve. I value my critique partners, I value their honesty. I also value their kindness and diplomacy.

When first faced with a forceful critique I still often rear up in protective defence. Maybe smiling on the outside, I’m a riot of protest on the inside. “That’s ridiculous. She just doesn’t get it. He doesn’t know what he is talking about. She is too harsh, too rigid.” And then, as the adrenalin begins to cool, I can start to spiral down. “Why maybe I’m kidding myself. I’ll never make it. This is too hard. Maybe I should just give up. Maybe God’s not with me in this.” It’s only after a time of reflection, as once again I give this dream – to write – back to my Lord that I begin to find my balance. Failure cannot vaporise me. Making mistakes is not the same as a permanent burial. I remind myself that my worth is based on God’s love and acceptance, not on my skill and success as a writer – or in any other area of my life (as wife, mother, friend, colleague, professional etc).

As I quieten my spirit I find I can receive this thorny gift. I can scrutinise it and trim it to fit. I don’t have to take everything everyone says on board. Not all criticism is valid. Not all of it is relevant. But there is often a kernel of truth– big or small – beneath the thorns. Suddenly, the idea that there are areas in which my writing can grow and change becomes exciting. I begin to see new possibilities, new options. Out of the dying comes life. (Now where have I heard that before?)

There is an art to giving criticism as well as receiving it. Perhaps criticism is akin to pruning. A judicious pruning shapes the rose bush, strengthening it and encouraging it to flower in abundance. A too vicious and careless pruning might stunt the bush and even kill it. And every gardener knows the bush needs fertilising and watering too. One of my fellow students in my current course suggests using a critique sandwich –with the negative in the middle surrounded by positive and encouraging remarks in front and behind. As a wise person once said:

“The right word at the right time
is like a custom-made piece of jewelry,
And a wise friend’s timely reprimand
is like a gold ring slipped on your finger.”
Proverbs 25:11-12 The Message

How do you deal with criticism? Are you overly sensitive or thick skinned and dismissive? Or do you receive it like an edgy but faithful friend? How do you give it? Do you shrink from hurting another’s feelings or do you relish hitting hard without mercy? Or maybe you give a word in season, speaking the truth in love (Ephes 4:15). I know that in this, as in so many other areas of my life, I'm still learning.

These thoughts were bought to you by Jeanette O'Hagan at 01:12