The Curious Case of NaNoWriMo and Two Very Different Writers 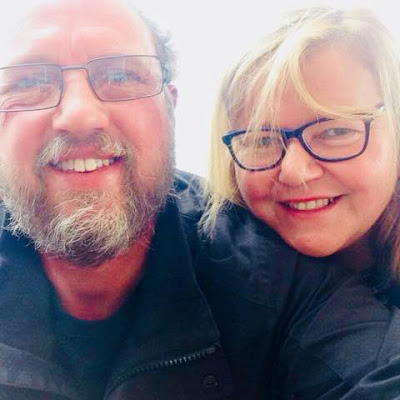 This image of this writerly couple is © Susan Bruce 2020.

It’s that time of the year again where writers all over the world hit their writing desks on November 1 and start pounding those keys in a frenzied attempt to write 50,000 words in a month. Yep, it’s NaNoWriMo time – National Novel Writing Month – and we’re all invited. All we have to do is to head over to the NaNoWriMo site, enter a project and start creating.

Marc amazes me. He can pick a story and run with it. He rarely gets bogged down but seems to able to ride the waves of writer’s block like a world championship surfer on Boomer Beach. If he can’t write one day, he makes up the word count the next. He types about a third faster than me too. There I am, plodding away, and his fingers are racing over the keys. NaNoWriMo is his element.

Marc has ‘won’ Nano five times (he thinks – he’s lost count!). That means that despite working long hours he’s managed to get 50,000 words on paper in 30 days. And that’s not typing the indefinite article 50,000 times!

I asked Marc why he liked Nano and he gave me the following answers:

1.    November is a good time to write because there’s no sport to watch on free-to-air TV. It’s also before Christmas ramps up. December is too hard with parties and finding time to buy great presents for his wife (okay, I added that bit).

2.    It’s a social thing because people here and around the world are writing at the same time. You can join ‘write-ins’ with other authors (in person and online) and feed off their energy in a frenzied Sharknado of writing (okay – I added that last bit too).

3.    Nano gives us a good excuse to write. I mean, we know we don’t need an excuse to be creative, but the rest of the world hasn’t always got that memo. Because Nano is a focus for one month only, Marc finds he faces less judgement from non-writerly people. I must note that no one in this household has that attitude other than our dog (and sometimes the bird who wants to whistle football songs… endlessly). The cat loves it when Marc writes because she gets to sleep on the fleecy blanket in his study. Our dog thinks we should be playing with her all the time and that this writing stuff is a huge waste of time. Some might say she’s a dog, not a person - and so doesn't count as 'people' - but she has a huge personality, so she has to qualify. Let's call her a non-human person (NHP).

4.    It allows him to neglect household chores ­(which in our house means the ‘dishwasher’ breaks down – a LOT!)

When I asked Marc what the disadvantage of Nano was – he said: you have to edit the novel you write! Marc loves editing other people’s manuscripts. He can spot an errant apostrophe at a thousand paces and grab a past participle by the scruff and drag it kicking-and-screaming into the present. But he never seems to get around to editing his own work. The good thing is that there is work ready to polish – but the bad is that you need to actually polish it.

But what about me? What is it about Nano that works/ doesn’t work for me?

1.    I don’t care about television sport as much as Marc does. I probably prefer writing in winter because it's cold and wet outside; but November is an okay time as we can set up our computers on the patio on a warm night and have a romantic evening, typing. Yes. I know... 😎😆😂

2.    I love the social aspect of Nano. I’ve made great friends from attending write-ins at cafes. I might not have got much writing done on those days, but I’ve made friends who continue to inspire me in my writing journey.

3.    I don’t need an excuse to write – I can neglect housework anytime! The above mentioned canine NHP sees it as a challenge to disrupt me whenever I sit down to work.

4.    It’s an opportunity to try new things. If you write outback romance but have yearned for years to write a tentacled shape-shifter urban fantasy detective mystery (Christmas themed) then you might be able to use Nano to get this story out of your system. Or maybe it could spawn a whole new direction for your career. Hmm spawn...

The main problems I’ve experienced in Nano are:

1.    A lack of preparation. I never seem to hit NaNoWriMo when I have a story ready to write. On the occasions when I’ve ‘won’ Nano I’ve ended up with a tale with faulty foundations that needs rewriting, rewriting, rewriting. NaNoWriMo seems to suit ‘pantsers’ – those who write by the seat of their pants. These daring souls – like my afore mentioned spouse – have no fear of the unknown (on paper anyway) and can boldly go where they’ve never gone before. Me? I'm not a total plotter - and I try not to lose the plot 😁 - but I like to have a roadmap. If I know where I’m heading, I’m happy to improvise along the way.

2.    I like to edit as I go. Nano also works well for those who like to write and edit later – or not – as the case may be. The NaNoWriMo website encourages you not to edit as you go. However, I like to spiral edit – editing the section I wrote the day before, before writing new stuff. This slows me down but I don’t seem to be able to work any other way.

I’ve decided not to do NaNoWriMo this year (no typing Sharknado for me). I may still sign up and harness some of the collective creative energy Nano generates, but I’m not going to try for 50K words.

But please, tell me what you are doing. Have you signed up this year? Have you ever tried NaNoWriMo? Did it work for you? Why/why not? 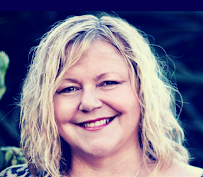 Susan J Bruce, aka Sue Jeffrey, spent her childhood reading, drawing, and collecting stray animals. Now she’s grown up, she does the same kinds of things. Susan has worked for many years as a veterinarian, and writes stories filled with themes of suspense, adventure, romance and overcoming. Susan also loves to paint animals. Susan won the ‘Short’ section of the inaugural Stories of Life writing competition and won the 'Unpublished Manuscript' section of the 2018 Caleb prize. Susan is the editor of'If They Could Talk: Bible Stories Told By the Animals' (Morning Star Publishing) and her stories and poems have appeared in multiple anthologies. Her e-book, 'Ruthless The Killer: A Short Story' is available on Amazon.com. You can check out some of Susan’s art work on her website https://www.susanjbruce.com.

These thoughts were bought to you by Susan J Bruce at 05:00