Question 1: Tell us three things about who you are and where you come from.

1 Hi, I am a child of God who writes for children and YA in the Australian general market.
2 I am a mother of 3 and a young grandmother of 7 children. They give me lots of story ideas.
3 I live in rural South Australia in an 1860 Cornish farmhouse with underground rooms that my husband has restored. It has also inspired stories. 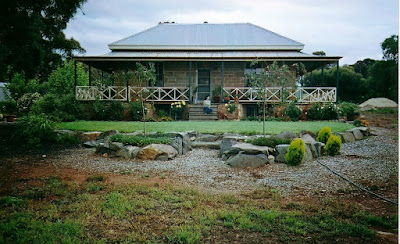 Question 2: Tell us about your writing. What do you write and why?

I began by writing cultural identity as I spent 10 years in Pakistan and the UAE with a mission agency. My children grew up there and wanted stories set there, e.g. the Beyond Borders series. I also write Cornish themed titles e.g. Zenna Dare because I am a fourth-generation Cornish descendant and I believe it is important for young people to know their ancestry. It gives them a better sense of identity and helps to eliminate prejudice. I also write about children not heard so that readers can understand children from different walks of life from themselves, e.g. Shahana: Through my Eyes. I like writing history too like Mustara and The Tales of Jahani. 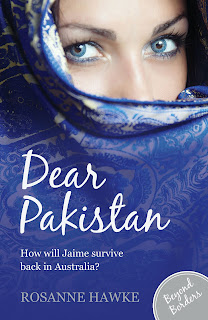 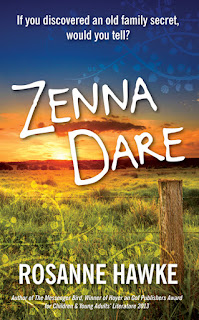 My books are included on The Premier Reading Challenge lists and many are used as texts in schools, so I hope lots of kids, teachers, librarians and parents read them. Only 2 of my books have gone overseas, to USA and to Holland, but I’d like children in Pakistan to read my books too. 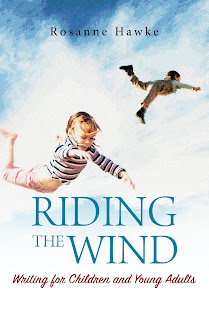 Once I have an idea I always start developing the idea by beginning with character. For me the character underpins the whole process. I use physical journals to draw mind maps for characters and plot line or story maps. Research will go into the journal too, notes and ideas, snatches of dialogue, images. Once I have a basic outline I start a draft. I may have many zero drafts or parts of drafts until I get a full zero draft which will transform into a working first draft. I try not to edit during this time and just try to get the story down. I try to do my own structural edit and rewrite many times. Some of the copy editing gets done in subsequent drafts. When I’m sick of rewriting it I let it sit for a month or so (if I don’t have a deadline). Then I rewrite again, then keep reading for copy editing mistakes. Structure and plot used to be my challenge. I’m getting better at plot lines and often draw a diagram to see if tension is rising steadily etc. What I miss in good structure my editor picks up by saying, for example, ‘Lovely first chapter but it sounds like your third – how about swapping them?’ And she’ll be right. I’m learning to have less problems for the editor to find, but there is always something that can improve my story and writing. One of the things I learned from my most recent structural edit is, if a scene doesn’t sound quite right when I first read it, put a note in immediately to rewrite it, because after I’ve read it 6 times it can sound okay. I’ve found it really helpful to write about my writing process and the things that I have learned in my journal. I’ve written extensively about my process in my writing book, Riding the Wind: Writing for Children and Young Adults, based on my lectures at Tabor Adelaide.

The ones I used the most in my lectures were Self Editing for Writers by Browne and King and The Lie that Tells the Truth by John Dufresne. The first one shows how to rewrite your first draft successfully, though if you read it during or before writing your first draft it will help your first draft to be better. Dufresne’s book (probably comprised of his lecture talks) is well worth the read.

A difficult question, as there are so many. Nola Passmore for her gentle and expert editing, Penny Reeve for her potential to teach creative writing, Cecily Paterson for her entrepreneurial skills. Is the fabulous artist Lara Cooper on CWD?

1) I have just finished the structural edit of a children’s book coming out next year with a fabulous editor. I have learned so much from brilliant editors. The copy edit will come soon. I also need to plan the launch of that book before the end of this school year as it will come out in February.

2) I need to finish the first draft of an adult novel about domestic abuse and get that ready for submitting in a few months.

3) I have just received a Covid-19 grant (make sure you apply for these from your state Art council or the Australian Arts Council) to write a new children’s book set in rural Australia. I’m starting the research for that now. My goals don’t usually include PR platforms as I deal with those as a new book comes out or as a publisher requests.

I aim to achieve my goals by breaking them down into smaller goals and by giving myself enough time to achieve them. 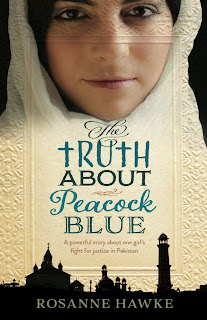 This a big question for me as I believe my faith and my daily life and work cannot be separated. Since I have a relationship with the Lord and this is my identity as being a child of God, whatever I do, including writing, will be influenced by his faith he gives me. This affects my writing practice including focus, setting obtainable goals and praying about topics. In my writing process, decisions that I or characters make in planning and in the story will be influenced, even the structure of a story, e.g. I believe there will be hope for the characters, even if they don’t achieve at the end what they set out to in the beginning. Often, I feel God prompting me to write about a certain topic like when I wrote Marrying Ameera dealing with forced marriage or Mountain Wolf dealing with child trafficking. The Truth about Peacock Blue was inspired by Asia Bibi, a Pakistani Christian on death row for blasphemy. It’s a partnership with the Lord and I generally just participate in what he suggests. The honing of the words is up to me and so are the mistakes. 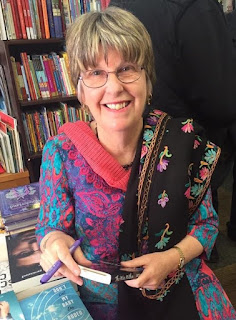 Rosanne Hawke is a SA author of 30 books for young people. She has been a teacher, an aid worker in Pakistan & UAE, and a lecturer in creative writing at Tabor Adelaide. Her books explore cultural and social issues, history, mystery and faith. She often writes of displacement and reconciliation and tells stories of children unheard. Her novel Taj and the Great Camel Trek won the Adelaide Festival Award for Children’s Literature and was highly commended in the 2012 Prime Minister’s Literary Awards. Rosanne has a PhD in creative writing and is the recipient of 4 fellowships, the Nance Donkin Award for a woman author who writes for children, and a Bard of Cornwall.
www.rosannehawke.com