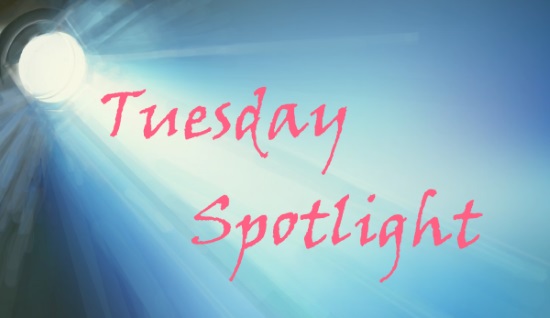 Each Monday and Thursday, Christian Writers Downunder's faithful and talented blog team contribute blogposts to inspire and inform aspiring and established writers. In 2017 we will be adding Tuesday Spotlights - posts that spotlight both writers and organisations that contribute to the writing scene Downunder.

Paula first published her contemporary, new-adult novel in 2000. Over the next several posts, I hope to put the spotlight on other veteran Christian authors as well as publishers and other entities that help authors.

Today’s spotlight is on Anne Hamilton.

Anne Hamilton is a former Maths teacher, multi-award winning author of picture books, fantasy fiction and meditative theology; former President of the Omega Writers; publisher; editor. She gives incisive feedback and thoughtful, up-to-the-moment analyses of the market. Annie has made an invaluable contribution to Australian and New Zealand Christian writers through her tireless efforts, prayers and vision. 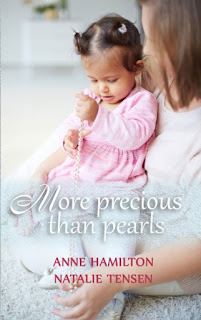 Jeanette: Annie, you have to date 17 published books. What or who inspired you to start writing, and to keep going? What projects are you currently working on?

Anne: I can’t remember when I first wanted to become a writer. The desire was always there. I wrote and illustrated my first ‘book’ in a lined exercise pad. It was an episode from my favourite anime cartoon at the time, Marine Boy. In my very late teens, I discovered The Chronicles of Narnia and I fell so deeply in love with the genre that it rekindled the desire to write something similar.

Keeping going is not hard. I think Meg Murry of A Wrinkle in Time who says her mother isn’t quite herself when she’s not writing. That’s the sentiment anyway. And that’s me. I’m not myself when I’m not writing. Right at the moment I’m working on several talks for a seminar in based on the books in my devotional theology series. Apart from that, I’m working on a re-issue of Merlin’s Wood and its sequel, Taliesin’s Mantle. I’m also researching for a book on the design of John’s Gospel. I’m editing a book for a first-time author who has a contract to take a book about fatherhood into —that’s an interesting project because the cultural nuances are so different.

Jeanette: You’ve written some fantasy novels, including Merlin’s Wood, and Daystar. What do you like about writing fantasy? What challenges have you found in writing and reading in this genre?

Anne: There are deep theological truths that can’t be expressed outside of fantasy. That’s what I love about the genre. Name covenant is a forgotten spiritual issue in Christian circles but it’s an idea as common as mud in fantasy. The whole notion of armour that is activated by a kiss is inexpressible in contemporary fiction but easy to do in fantasy. That’s why the fantasy genre was the natural choice for Daystar—I couldn’t imagine working into any other format the Hebrew notion that kissing is putting on armour, an idea that happens to be integral to Paul’s writing on the Armour of God.

The challenges of this genre? Amongst Christians, it’s generally (though by no means universally) despised. Even more than romance is. Amongst non-Christians, there’s a tendency to be seriously critical of anything that follows in the steps of CS Lewis. For that reason I was beyond astonished when Daystar reached the CBCA Notable list this year. The Christianity is subtle, but not that subtle. 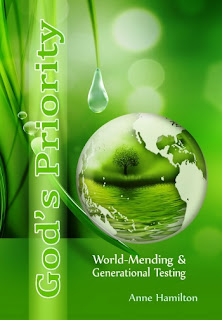 Jeanette: Your mediative theological books, beginning with God’s Poetry, are deep and thought- provoking and appreciated by many. What themes do you touch on in these books and what relevance do you think they have for Christian writers?

Anne: Basically the books are about crossing ‘thresholds’ and what that means spiritually. More and more as I talk to people, I discover that even a tremendous number of the Christians I consider a ‘success’ don’t believe they have ever come into their calling. So many people resonate with the words ‘constriction and wasting’ as the operational dynamic in their lives as they’ve tried to fulfil what they believe God has called them to.

I consider my books as opening a dialogue—certainly not the last word on the subject of name covenants and threshold covenants. They are a challenging read. Mainly because the concepts are so unfamiliar and so complex people struggle to grasp them. But there’s rarely a day goes past that someone doesn’t send me a message to say the books have contained the keys they needed to avoid being smashed again as they pursue their calling.

As for their relevance to writers: well, a first book, in particular, is a threshold. Transitioning from one kind of publishing to another is a threshold. A new book in a different genre is a threshold. So these issues of threshold covenant apply to writers. The reason so many writers fall into honey-baited traps set by vanity publishers is, I believe, because they haven’t dealt with the spiritual issues surrounding their personal threshold.

Jeanette: Your first novel was published in 2003. What changes have you seen since those early days of publishing Christian fiction downunder. Have your early aspirations been fulfilled? What changes would you like to see?

Anne: It’s been a hard struggle. A couple of lovely peaks, but most long deep troughs. Several wonderful awards, but that hasn’t really translated into significant sales. Early on, Ben Gray of CHI books said to me: ‘If some Australian publisher has the time and money to invest in an unknown fiction author and support them through five books, they’ll eventually do well.’

I realise that, unless you’re a celebrity, ‘five books’ is about where it’s at, fiction or non-fiction. By that time, your name is starting to be known; you’re starting to be a credible author with a track record. There are two issues here: the publisher has not to lose too much money on the way to the fifth book; and the author has to have five books in them. Most don’t. I’m immensely grateful to Wombat Books for the risk they’ve continued to take on my fiction. They’re still carrying me through to that fifth fiction book. 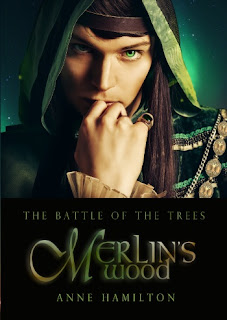 Jeanette: As a writer, editor and publisher, what simple advice would you give to new writers?

Anne: As a writer: commit to spend at least half an hour every day writing.
As an editor: everyone needs editing by a professional. (And your English teacher doesn’t qualify when it comes to novels.) And I’d like to mention my own personal Law of Proofreading: There is no such thing as too many proofreaders.
As a publisher: the average number of copies sold of any particular book title in is 200 (and falling). This is not profitable for any publisher to invest in—a publisher has to edit, to proofread, to design, to print—and to get it to a distributor or bookstore at 65% off the retail price. Factor in 10% royalties for the author and that totals 75%. Simply to break even, a publisher has to be able to produce for $5 a book selling for $20. No way is this possible, if the likely sales are 200. This is why publishers look for writers who already have an existing ‘platform’.
Content marketing is the best way to develop a platform, if you don’t have one already. If you’d like to see how I do content marketing for my own books, check out https://www.facebook.com/anne.hamilton.7355
Jeanette:  An early member of Omega Writers, you were president from 2008 to 2014 and initiated the CALEB prize. How do you think Christian writers, editors, publishers and illustrators can better help each other?

Anne: It’s quite simple. Words of Jesus: do unto others as you would like them to do unto you. The Golden Rule.

As a publisher, I know that a book needs 25 reviews before any effective marketing can begin. It’s really not worth putting money into marketing unless those reviews exist. For many years, I’ve reviewed children’s books for Buzz Words and, when I became a publisher in my own right, I suggested that perhaps I should stop because of the conflict of interest. But no other publisher was willing to let me go. That’s how rare reviewers are and how difficult it is to get one.

When it comes to Christian publishing, I am still shocked by the large numbers of strangers who cold-contact me to ask me, as a reader, for a review but are unwilling to give one back. The excuses are many: don’t have time; don’t read the genre you write in; don’t do reviews; don’t like your theology; need to focus on my own writing and marketing. Or my personal favourite: I write, I don’t read. (Like, what!!!!!? Excuse my ungrammatical exclamation marks.)

I used to think it was simply a matter of courtesy to be willing to give back in a similar way to what you’ve received. After all, Jesus said even the pagans did this.

At the end of the day, every author needs to support their publisher because the publisher is taking risks and making sacrifices on their behalf. One of the most practical ways to do this is through reviews. But those writers who do review Aussie and Kiwi authors are few and far between.

My personal belief is that God honours those who consistently lift other authors up. And when that starts to happen, then the publishing industry in Australia and NZ will change dramatically. Aussie and Kiwi authors will be a voice that resounds across the world.

Jeanette: Thank you, Annie, for taking time to share your journey and your wisdom with us and for all the many contributions you have made to the Australasian writing scene over the years. Wishing you all the best for your latest projects and in what God has for your writing. 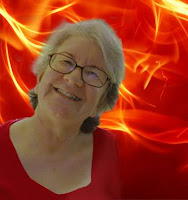 Anne Hamilton is the author of 17 books. Several have won awards. She writes picture books, middle grade, YA fantasy to a meditative theology series.
She’s also a professional editor and has worked on over 100 books and magazines, along with so many independent articles she’s long ago lost count. She’s edited both fiction and non-fiction for CHI-Books, Wombat Books, Boom Tree Publishing, Even Before Publishing (now Rhiza Press) as well as many indie books. She is the Australasian editor for The Word for Today and Vision180 magazine.
Anne is also the director of Armour Books, a traditional small publisher looking for books with a kiss from God at their heart.
Anne is also one of Omega Children’s Writers available for Author Visits. She is comfortable presenting to: primary and lower high school students. She lives in QLD and is willing to travel. Further information: http://www.wombatbooks.com.au/authors/our-authors/anne-hamilton. Contact via: phone Wombat Books: (07) 3245 1938
Website: http://fire-of-roses.com/wp/
Goodreads: https://www.goodreads.com/author/show/4110089.Anne_Hamilton