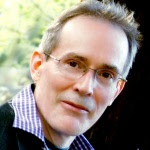 It doesn't matter how long we've been writing, it's always good to go over guidelines you may have forgotten.

So I chose to follow Randy Ingermanson's hints for writing scenes. Basic stuff, yes, but if we don't at least write with some structure then we're going to do some awful rambling.

I have been checking & rewriting my latest manuscript and it has lifted the whole tone.

Goal: A Goal is what your POV character wants at the beginning of the Scene. The Goal must be specific and it must be clearly definable. The reason your POV character must have a Goal is that it makes your character proactive. Your character is not passively waiting for the universe to deal him Great Good. Your character is going after what he wants, just as your reader wishes he could do. It’s a simple fact that any character who wants something desperately is an interesting character. Even if he’s not nice, he’s interesting. And your reader will identify with him. That’s what you want as a writer. (Note he's taken it from the male perspective.)

Now let’s look at Sequels . . .
The Sequel has the three parts Reaction, Dilemma, and Decision. Again, each of these is critical to a successful Sequel. Remove any of them and the Sequel fails to work. Let me add one important point here. The purpose of a Sequel is to follow after a Scene. A Scene ends on a Disaster, and you can’t immediately follow that up with a new Scene, which begins with a Goal. Why? Because when you’ve just been slugged with a serious setback, you can’t just rush out and try something new. You’ve got to recover. That’s basic psychology.

Decision: A Decision is the act of making a choice among several options. This is important, because it lets your POV character become proactive again. People who never make decisions are boring people. They wait around for somebody else to decide. And nobody wants to read about somebody like that. So make your character decide, and make it a good decision. One your reader can respect

Randy Ingermanson is a theoretical physicist and the award-winning author of six novels. He has taught at numerous writing conferences over the years  He's worth listening to....

Currently Rita co-presents a Christian radio program with her husband, George. This is broadcast Australia-wide on Christian & secular FM stations. She has written five historicals & contributed to several US anthologies. She blogs at  ritastellapress.com & Facebook.

These thoughts were bought to you by Rita Galieh at 00:30