Imagine a publishing house that offers a free seminar—and even lunch!—in a bid to attract new authors. Would you sign up? You bet.

Lutheran church publishing house Open Book was swamped by responses and people were turned away. I saw many familiar faces. I put out an open invitation to meet in my garden and discuss ways to encourage and support each other.

Omega Writers seeds were sown and sprouted in September 1991.

With Sharli Zwart I formed a monthly group to talk and read our writing to encouraging nods.

Often we heard speakers but the focus was to encourage and support. Our newsletter was the old-fashioned cut and paste with scissors, glue and photocopier.

A recurring theme was ‘How do we find a publisher?’
We prayed. And it came to pass; a publisher rose through our ranks, while other Christian publishers faded. Take a bow, Rochelle Manners.

The Lord gave me a vision: a showcase to highlight members’ writing and Christian arts–dance, rap, art exhibition. Pro Hart sent paintings. My husband brought along Brisbane Symphony Orchestra. I illustrated my poem with a slide show in the dark ages before Power Point. We attracted 1000 people to two performances, 9 and 10 July 1993. Nail biting? Yes. Faith stretched.

God sent another vision. (Help, Lord, so BIG picture?) Print an anthology Seasons of Giving to showcase members’ writing. And it came to pass in October 1998. As did my energy.

After Lyn Hurry took over, she and Anne Hamilton produced Grow Magazine and mounted Alpha2Omega conference. Authors from across Australia presented their knowledge, experience and books across multiple rooms.  Lyn didn’t fade, centre right, but meetings downsized to cuppa, chat and read-a-page support.

Annie Hamilton became president in 2008. She urged authors to review each other’s books on the website, (now moved to Goodreads.com)—to bring readers to our books. Her vision led to informative articles on the website, the significant CALEB book prizes (2010) and more conferences.

President since 2015, Simon Kennedy has updated the logo and website to small screen friendly with capacity to pay memberships, advertise and process events online. It provides members with their own profile page, which can include backlinks to their own websites and social media, a bonus for their SEO.

To quote from his recent report at the AGM:
Until recently, Omega’s only local writing group was based in Brisbane. In the past few months, we have either started or affiliated with groups throughout Australia, including in Toowoomba, Sydney, Adelaide and Gold Coast… Locally based and genre specific online writing groups are held every month or two. Omega’s Toowoomba Chapter ran a great weekend retreat in late 2015 and have another one scheduled for May 2016. Also planned;
·       Regional workshops and retreats once a quarter, depending on support in that region.
·       Annual writers conference and national webinars.
·       The Christian Writers Conference will once again fall under the Omega banner in 2016. It will be held in Sydney this year and will change its name to the Omega Writers Conference.Details 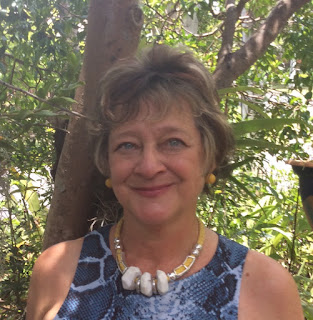 Join Omega Writers to access a wealth of information, experience and support through times when our output is in the doldrums.

It's heartening to look back and realise that God has nurtured the small seeds sown back in 1991 to a thriving community of Christian authors who are published or developing skills towards that goal.

Praise God that our words are going out into the world to preach the gospel.

Ruth Bonetti is author/editor of 12 publications through Oxford University Press and her imprint Words and Music to empower presenters of Words and Music. See
https://www.goodreads.com/author/dashboard
http://www.ruthbonetti.com
https://www.facebook.com/RuthBonetti/
Amazon

These thoughts were bought to you by Ruth Bonetti at 04:00