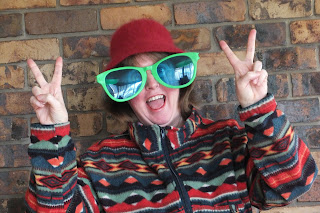 Within 24 hours of the Pope announcing his resignation, people were joking that he would now be called Ex-Benedict!  Now that’s funny.  Well, I thought it was funny, but would some Catholics find it disrespectful?  I also smiled when reading Adrian Plass’s parody of the Toronto Blessing in which a congregation had to decide whether the Taiwanese Tickle was a move of God.  Hilarious!  Well, I thought it was, but would some Charismatics be insulted?  At least I’m being balanced by offending two religious groups at once!


Much of our Australian humour is based on sarcasm, satire, and poking fun at people, but what are the ground rules for the Christian humorist?  I’m assuming most Christians would not endorse humour that is vulgar, cruel, or steeped in Benny-Hill-style sexual innuendo.  But where is the line between harmlessly making fun of someone and hurting them?  When is satire a helpful way to confront people and when is it just plain mean?  By now you’ve probably realised that this post is going to ask more questions than it answers, but I have an ulterior motive.  I’m trying to work this out so that I do the right thing when I write humorous pieces.  So here is my initial attempt at some guidelines.


·         Avoid stereotyping groups of people (e.g., different ethnic or religious groups, mothers-in-law, blondes).  Though if Rebel Wilson tells you the blonde was staring at the orange juice because it said “concentrate”, that’s okay.


·         Use the “do unto others” test and ask yourself whether you would like it if someone told a similar joke about you or your loved ones.


·         Consider the purpose of your humour.  Is it purely to entertain and make people laugh?  Are you satirising something to confront people about an important issue?  Are you using humour to lighten a serious topic?  All are valid, but understanding your motives may help you to decide whether certain jokes or anecdotes are appropriate in a given situation.  Humour should never be used to “get back” at another person.  Some topics may also be off limits depending on the audience.  It was never going to be a good idea for The Chaser team to make fun of a charity that helps kids with cancer or for this year’s Academy Awards host to joke about dating violence.


·         Be willing to make fun of your own foibles and struggles rather than just poking fun at others.  Christian writers like Barbara Johnson and Karen Scalf Linamen do that so well.  We identify with their quirks and problems and are more likely to listen to their underlying serious message.  Before passing away from cancer in 2007, Barbara Johnson was known for bringing humour into the darkest of places, including the deaths of two of her sons and her own battle with cancer.  Karen Scalf Linamen uses humour to teach valuable lessons for practical Christian living (most of which involve healthy doses of chocolate).


·         Don’t be too precious.  No matter how careful we are, there’ll always be someone who’s ready to take offense.  Adrian Plass would call them the “Spot it and stop it” people.  If we pander to them, we’ll be left with the bland “Christmas Cracker” type jokes that cause groans rather than smiles and I think God has a better sense of humour than that.


These thoughts are very much a work in progress.  Do you agree with these guidelines?  Would you add others?  Where is the line?  Meanwhile, back to my latest project.  A blonde, Irish nun walks into a bar …


Nola Passmore is a freelance writer who has had more than 80 short pieces published in various magazines, journals, and anthologies (including true stories, devotions, poetry and short fiction). She has a passion for writing about what God has done in her life and encouraging others to do the same. (Some call it "nagging", but she calls it "encouragement").

These thoughts were bought to you by Nola Passmore at 00:30